And Then There Were Two: MTU’s Next Student-built Satellite Set to Launch in 2021

NASA has slated Michigan Technological University’s next university student-developed satellite
for a March 2021 deployment from the Global Room Station (ISS).

Stratus, named for its cloud-imaging mission, will be carried to the room station,
200 miles above Earth, in a SpaceX Dragon cargo capsule on a Falcon nine rocket. The
Dragon will dock to the ISS.

“Stratus will be unloaded by the crew, then positioned in the Kibo Module’s airlock, where by
the Japanese Experiment Module Remote Manipulator Program robotic arm will go the
satellite into the right posture and deploy it into room,” said Brad King, Michigan Tech’s Henes 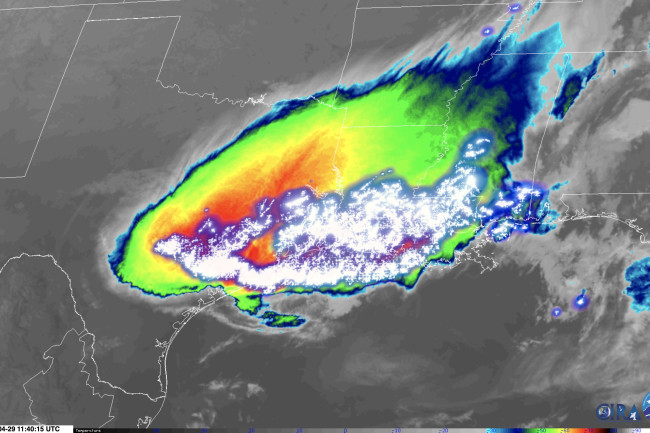 A huge cluster of thunderstorms recognised as a Mesoscale Convective Procedure, or MCS, as noticed on April 29, 2020 by the GOES-16 temperature satellite. (Source: RAMMB/CIRA)

Meteorologists have a dry title for the feature noticed in the satellite graphic over: a mesoscale convective process, or MCS.

But as I consider you may agree, specially immediately after you observe the video clip below, this point is a veritable beast — a gargantuan cluster of thunderstorms with countless lightning bolts crackling as the whole intricate rates south.

The MCS blossomed in Kansas and collected toughness during the evening, bringing large winds, drenching